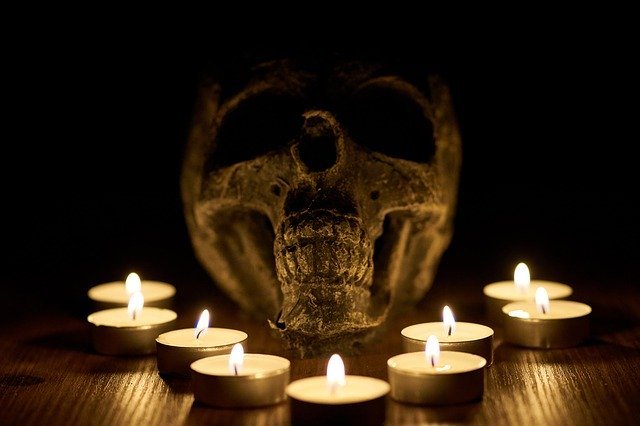 Yes, you read that right.

Articles are popping up all over various social media feeds this week with news from The Satanic Temple (TST) now claiming the following on their site here:

Now, before we go on, remember: every typical, everyday abortion involves the MOTHER choosing to do such. These guidelines are for WOMEN Satanists. That may be stating the obvious, but we don’t want to miss the obvious as we think through whether these female Satanists choosing to engage in the suggested abortion rituals on the TST site are “the second innocent victims of the abortion,” as so many pro-life organizations claim.

So, what is this abortion ritual exactly that The Satanic Temple is promoting on their website?:

What exceptions do these Satanist mothers want from pro-life regulatory requirements in some state’s laws?

And what do their abortion rituals entail exactly? The TST actually lists two different rituals — one for medical abortions and the other for surgical kills:

They state that their purpose is not to sue various abortion clinics who do not honor their exemption requests (unless there is a court order to do such), but they plan rather to challenge STATES that fail to enforce the Religious Freedom Restoration Act by granting their followers exemption from various pro-life regulations.

TST’s Religious Reproductive Rights Campaign spokesperson, Jane Essex, goes on to explain in a video on their site how the Hobby Lobby ruling a few years ago grants Satanists the same type of religious freedom to kill pre-born babies:

“What does the Hobby Lobby ruling have to do with Satanic abortion? Hobby Lobby successfully argued that they didn’t have to provide contraception in their health insurance packages to female employees even though it was mandated in the Affordable Care Act. They claimed that that violated their religious beliefs as a Christian organization. So, they successfully argued that their refusal to abide by this requirement was protected by the Religious Freedom Restoration Act [RFRA]. So, TST’s religious abortion ritual is also protected under RFRA under the same legal precedent. So, Hobby Lobby affirmed that it is unlawful for the government to put a burden on free exercise of religion without a compelling reason. So, we’re arguing that same claim under that precedent.”

The TST site then offers a demand letter template [called “Regulation Exemption Letter”] for women to submit to their hired assassin (abortionist) before beginning the killing ritual. The letter starts off with the subject line: “Demand for religious exemption to abortion restrictions.”

It goes on to explain the mother’s “sincerely-held religious beliefs”:

[Notice via the highlighted selections from the “sincerely-held religious beliefs” portion above of the demand letter that the mother is attesting that she is choosing to kill her baby via “her will alone.” There is no coercion indicated here. The mother is signing this statement, attesting that this is what she personally wants.]

The TST demand letter continues: “The abortion procedure is central to the ritual. Throughout the process, I will place myself in a meditative and contemplative state and will focus my mind on diminishing my doubts and reinforcing my confidence in my ability to make decisions that affect my body. During the abortion, I will ceremoniously recite the Third and Fifth Tenet. The culmination of this ceremonial rite is the abortive act. Upon completion, I will solemnly recite the affirmation, ‘By my body, my blood; By my will, it is done.’”

The demand letter ends with: “Based on the foregoing, I demand a religious exemption to these generally-applicable restrictions” [with a list of common pro-life regulatory laws in various states]. The letter is signed: “Sincerely,…” with the mother’s signature attesting — along with the general abortion clinic paperwork — that she personally agrees with the contents of the letter and wants the exceptions for her religious killing ritual.

The site goes on to advertise a raffle raising funds toward the ultimate goal of $100,000 to “mobilize legal operations in order to protect religious abortions from unwarranted government interference.” First prize?: a free abortion, of course. And not just any abortion, but an abortion up to $2,500 — which covers even late-term kills at many abortion clinics. The TST so graciously allows the grand prize to be transferred to a mother in need (or want) of killing services.

All of this madness begs the question: Are these Satanist mothers true “mother-victims” of the abortion, as pro-life orgs. often claim, right alongside their dead babies? Or are these Satanists simply sinners in need of Godly laws of COMPLETE ABOLITION (with no exceptions) to restrain these Satanists’ sin against their unborn children? If abortion were to be made illegal without any enforcement for the mothers via criminalization if they were to violate the law, do you think these Satanist women would honorably comply with the law simply on the “honor system”?