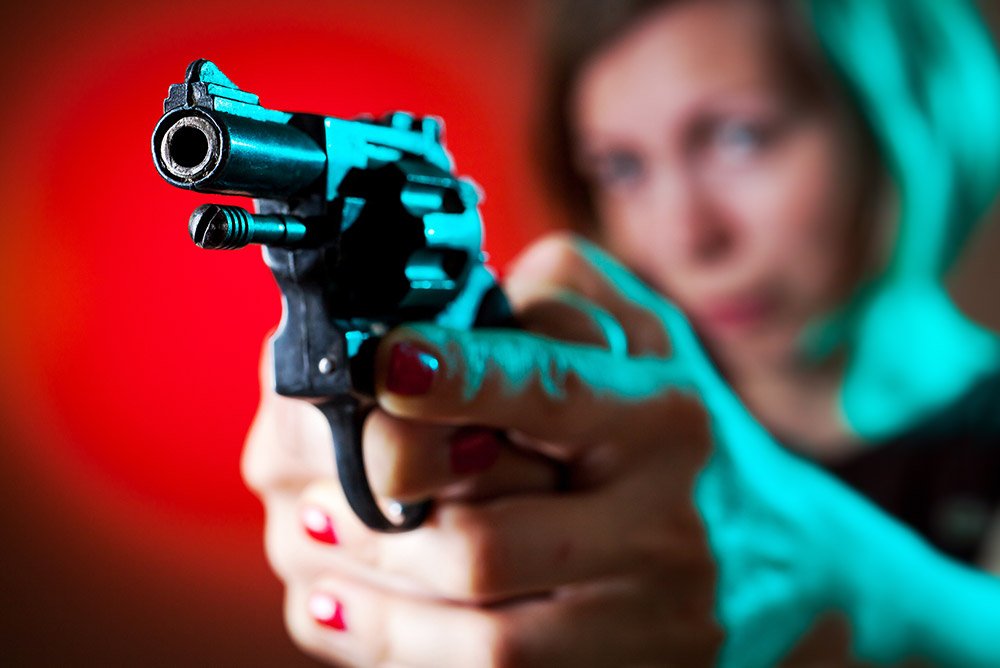 The article was published by the The Gospel Coalition, so I knew it was coming from our side of the fence.

But I also knew immediately that the article was written by someone who worked at a Pregnancy Center — ministering to mothers seeking out help from a pro-life organization — rather than with actively-aborting mothers arriving at the killing places or posting in the online pre-abort forums.

If I may, I’d like to offer some friendly counter-thoughts to some of the author’s statements in the article.

I would suggest an edit to that statement: “Most women WHO COME TO THE PREGNANCY CENTERS aren’t uber-political…”

The mothers we encounter in our daily ministry to those with scheduled killing appointments are indeed cold-hearted, uber-political, shout your abortion types… more than half the time. Hundreds if not thousands of like-minded brethren have witnessed similar “shout your abortion” spirits outside of the killing places — with mothers sometimes even singing and dancing in the parking lot as they walk in to kill, middle fingers held high. The spirit at the clinics and in online abortion forums is similar to that exhibited at the LGBT parades.

“While the church has largely excelled at calling this despicable spade a spade, she often fails to see this picture: a young, often impoverished, terrified woman—who knows her baby is a human!—but considers abortion anyway.”

Spot on with that statement, Mrs. Baer. The mothers do indeed all know the baby is human these days. They call the baby a “baby” pre-abortion and design their baby memorial tattoos pre-kill. The conversation has shifted these days — perhaps stemming from the invention and use of the sonogram — from “it’s not a baby” to “I know it’s a baby and I know it’s killing, but I believe my personal situation justifies doing such.”

Mrs. Baer does a fantastic job at this point in the article of addressing the sin of fear accompanying many abortions.

But then she says:

“Women are often brought—reluctantly—to the abortion doctor. These women are compelled toward abortion not by their own empowering, my-body-is-my-own sense of autonomy, but by another person seeking control. Angry boyfriends, angry husbands, angry mothers, angry employers—these are so often the wind at the back of an abortion-minded woman.”

This is another statement in which I would kindly part ways with Mrs. Baer’s perspective from the pregnancy center. One of the most common statements we are given on the sidewalk by the fathers is: “I don’t want this, but she is insisting on it.” We have had fathers run inside the killing place, kicking over chairs in the waiting room, and barging in the back rooms, trying to stop the abortion — only for the mothers to kill anyway. They tell us regularly how they will simply tell their boyfriends who want the baby that they sadly “miscarried” in a bold-faced lie.

We often hear from girls in the pre-abort forums who are from pro-life families with parents who would support them keeping the baby, but they are killing anyway in their rebellion.

This idea that women are, by and large, COERCED into killing is not factual, nor is it stemming from a Biblical worldview. Yes, many times the boyfriends are just as murder-minded as the mothers, but then they walk in to kill together — holding hands — rather than the boyfriend typically coercing her in the door.

“Even images of pre-term and aborted babies may be persuasive — though in recent years many have begun to question their efficacy. But these arguments and photos usually aren’t best employed on the sidewalk outside an abortion clinic.”

Respectfully, I would encourage those sweet folks who minister inside our beautiful pregnancy centers to not make authoritative statements on what works best outside of an abortion clinic. Dear brethren — seasoned sidewalk counselors of decades — have found the use of graphic imagery extremely useful in pointing the mothers at America’s killing places to God’s law — “thou shall not murder” — as they are in the final minutes pre-kill. We are commanded, after all, in Eph. 5:11 to “expose the deeds of darkness.”

If we want to reach the particular people group called “actively aborting mothers,” we’ve got to realize a few basic truths:

1) Actively aborting mommies are not the same group of mommies who seek out help from a pro-life pregnancy center.

The difference between the two groups starts right at that very fact: the mothers willingly walking in the doors of our pro-life pregnancy centers are seeking out help. To the contrary, the actively aborting mothers at the abortuaries are, at best, flat-out ignoring offers of help and, at worst, throwing coffee or spitting on those Christians offering cribs and car seats. To read more of the differences between the two groups of mothers, go here.

2) Mothers who arrive at abortion facilities are not, by and large, coerced to be there.

Brethren who minister at the killing places have only very, very rarely witnessed anyone in the U.S. who looked like they were being dragged in the door or coerced. To the contrary, the mothers often give us their middle fingers as they proudly walk in. Some even pose for pictures.

3) Murder stems from the heart.

“For out of the HEART come evil thoughts, murder, adultery, sexual immorality…” (Matt. 15:19). Abortion is a far greater and more serious sin than simply the much lesser sin of “fear” — although fear is likely a common companion sin for some. It is the sin of premeditated, cold-blooded murder in most situations.

4) Actively-aborting mothers, more often than not, are already dead-set on slaughtering their little ones.

Romans One is one of the most applicable descriptions of most actively aborting mommies (not to be confused with the “abortion-vulnerable”):

“They were filled with all manner of unrighteousness, evil, covetousness, malice. They are full of envy, murder, strife, deceit, maliciousness. They are gossips, slanderers, haters of God, insolent, haughty, boastful, inventors of evil, disobedient to parents, foolish, faithless, heartless, ruthless.”

We are wise to take on that Biblical view as we reach out to actively-aborting mommies dead-set on slaughtering their little ones, rather than imagining softer intents on their part.

5) As Biblical Christians, we need to do ministry to the actively-aborting God’s way by:

And those are truths I hope we all can agree on as Biblically-minded Christians — whether we are ministering to those softer, abortion-vulnerable mothers willingly walking in the doors of a Pregnancy Center for help or when being told to “f*** off! by the vile, actively-aborting mothers at the killing places and in the pre-abort support groups.