Personhood Director: “The Victimhood Mentality has its Roots in Genesis.” 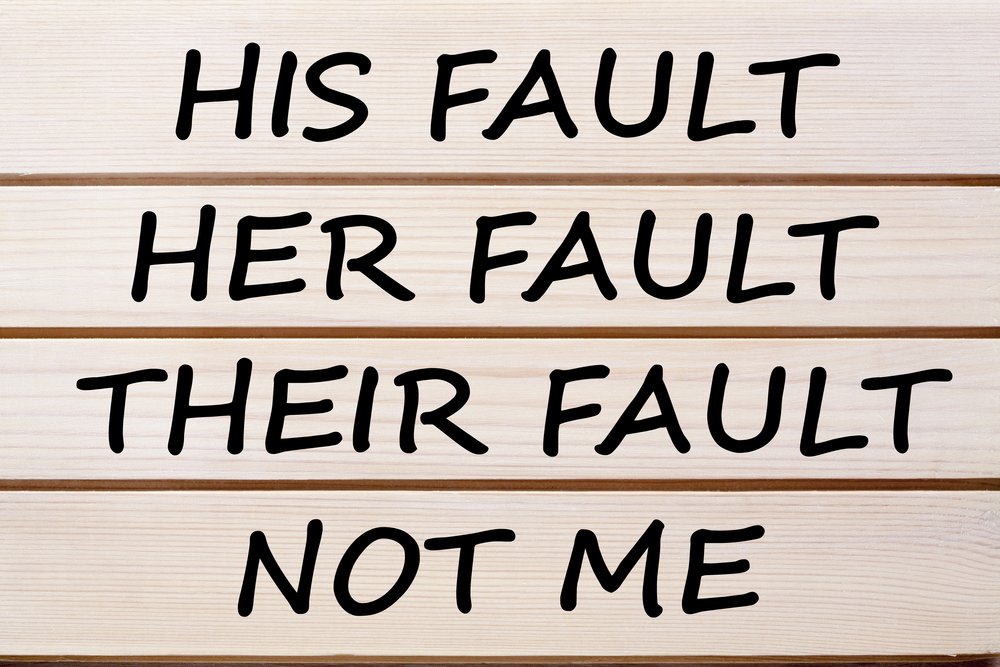 ** This article was submitted to Not-a-Victim by Personhood South Carolina Director, Mark Grant.

But the Lord God called to the man and said to him, “Where are you?” And he said, “I heard the sound of you in the garden, and I was afraid, because I was naked, and I hid myself.”  He said, “Who told you that you were naked? Have you eaten of the tree of which I commanded you not to eat?”  The man said, “The woman whom you gave to be with me, she gave me fruit of the tree, and I ate.”  Then the Lord God said to the woman, “What is this that you have done?” The woman said, “The serpent deceived me, and I ate.” Genesis 3:9-13

Are abortive women victims, or are they responsible for their actions? This debate has been ongoing for years, and Christians need to know how to tackle this important issue from Scripture. The ability to understand, defend, teach, and critically think on every aspect of life from Scripture alone is a skill that is largely untaught and ignored in modern evangelicalism. This has brought about the rise of a generation that is largely untaught on what the Bible has to say on key issues in our culture, and the victimhood narrative in abortion is certainly no exception.  I will be addressing it from Genesis in this piece.

This text is likely a familiar one to many readers. We here have the dialogue between God, Adam, and Eve directly following the fall into sin.

10 So he said, “I heard Your voice in the garden, and I was afraid because I was naked; and I hid myself.”

In verse 10, we see that man’s first reaction to sin is shame. This is crucial to understanding the framework of the  original claim of victimhood. No longer clothed in the glory of God, man is now clothed in their shame. This shame, we see, is what caused fear in the heart of Adam and what fueled his response of hiding from God. This is exactly what victimhood intends to do. The victimhood mentality is just a freshly sewn fig leaf garment, a clever guise to hide shame. Instead of dealing with their shame openly and taking personal responsibility, those who choose abortion will instead cower away, hoping to escape their shame. It is important to note that Adam was also fearful because he was naked,which caused his shame. Shame has the effect of making people fearful that they will be seen in their shame. So in the case of abortion, when a mother chooses to take the life of her own child, this disobedience to God’s law causes shame. This in turn causes her to feel that she must hide by claiming to be a victim, lest she be seen in all her shame. We are back to the fig leaf illustration once again.

11 And He said, “Who told you that you were naked? Have you eaten from the tree of which I commanded you that you should not eat?”

In verse 11, we see that the shame brought on by the nakedness and rebellion of man is of course a direct result of the violation of God’s command. I have already stated that claiming false victimhood is a form of hiding shame, a fig leaf trying to hide our nakedness. This is because the nature of disobedience in man is such that when man rebels he seeks to keep his rebellion hidden from God (Rom. 1:18-21) and this is because God has written His law on our hearts. And so, to falsely claim victimhood is to affirm that disobedience has occurred. Make no mistake, when a woman claims that she is a victim in abortion, foundationally, this is a near automatic response to her shame for her disobedience to God’s commands. It is her fig leaf over her nakedness. It is her hiding in the bushes in the garden all over again.

This is also why the abortion cakes and other forms of celebrations are not  women demonstrating that they have overcome their guilt and shame, but rather, affirming that it is perhaps worse than ever. It is a distraction. A facade. It is smoke and mirrors. The harder she tries to hide her shame, the more it shows. We should not suppose we can hide anything from the eyes of God (Psalm 139:1-12).

In verse 12, we see Adam begin to blame-shift, both to God, and to Eve.

He begins with “the woman” and later notes “she gave me of the tree”. This is where we begin to address elements of pride as well. The nature of pride is such that it does not like to take any personal responsibility for what has been done. It is as if an inner defense attorney comes hardwired into every person and is ready to make a case in defense of any sin committed. So here, Adam, rather than accepting responsibility, shifts the blame first to Eve. Categorically, this fits into blaming other people for our actions instead of owning them. This is at the heart of the victimhood mentality. The reason it is so difficult for a woman to admit fault in the murder of her own child in the womb is pride, which manifests by claiming that someone else is at fault. She claims she is a victim of an outside party. It was the deceitful abortionist, it was the toxic patriarchy, or the distant husband, or the guy three dorms down wouldn’t use a condom and won’t stick around. She knows and recognizes that should her claim of victimhood be compromised, she will have to bear the full weight of her shame and guilt on her own.

Next, we should see that Adam also even shifts blame to God Himself, as he notes that Eve was the woman “whom You gave me”. It is as if Adam is saying, “See God? You’re the one that gave her to me, this wouldn’t have happened if you hadn’t done that, or perhaps given me someone different.” This too is a common manifestation of pride. Blaming God comes in many forms.

Another form is claiming that God didn’t send an adequate father. The father is deficient in some way and therefore unfit to have a child brought into the world. The fact that fornication and lack of self control could perhaps have lead to the pregnancy is overlooked and suppressed. In this scenario, she is a “victim” of an unfit father.

13 And the Lord God said to the woman, “What is this you have done?” The woman said, “The serpent deceived me, and I ate.”

In the case of verse 13, having received blame from Adam, Eve follows her leadership by shifting responsibility to the serpent’s deception. This is nothing less than an appeal to blaming our enemy unseen (Eph. 6:12). There are varying forms of this appeal from abortive women, from the classic “the devil made me do it”, to blaming various lies that coax women along.

Though Eve was deceived by the serpent, the serpent did not tempt Eve with anything that her flesh was not already inclined to desire, namely, to be like God (Gen. 3:5). She liked the sound of the lie, for it promised to her all that her flesh, though in an unfallen state, found appealing. It was aesthetically pleasing, was edible and likely good tasting, and would improve her wisdom by way of opening her eyes to the knowledge of good and evil.

Let us learn here that the nature of the well-told lie of pursuing prideful endeavors is that it offers us supposed benefit, appears safe and is pleasurable. However, pursuing the false gain offered by the lie comes at the cost of disobedience and ultimately separation from God, unless we are forgiven through the blood of Christ.

Now let us juxtapose the lie of Satan in the serpent with the lie of abortion. Both offer a choice that appears harmless, or moreover helpful, to the woman. Both offer power over our circumstances and control over our lives at the cost of others. Both offer freedom from the hand of God, by means of becoming equal with Him. Make no mistake, the abortive mother makes a determination of the value of the life of the child as being less than her own, though God has created us all as His image bearers. God alone has the authority to kill and make alive (Deut. 32:39), and God alone has determined the means by which He will accomplish these two things. Man, separated from God, seeks to replace God with himself. This was the nature of the temptation in Eden. To become equals with God, and thus gods themselves, rather than being under the authority of God Almighty who created them.

When we bite on a deceptive offer, the sinful tendency of man is to seek to remove the responsibility for our actions and to deal with our accrued guilt in the process. Claiming we are victims does both in one fell stroke. We both pass the responsibility to another and try to remove guilt by justifying our actions as necessary due to the alleged failure of the party we claim was responsible. This is exactly what Adam and Eve are doing here in Genesis 3. Thus, we have the origination of the victimhood mentality as a response to sin.

When her sin is discovered, Eve claims victimhood, rather than responsibility for her selfish rebellion. The mother who seeks an abortion will always do the same in order to hide their sin and shame.