But What About Roe…? 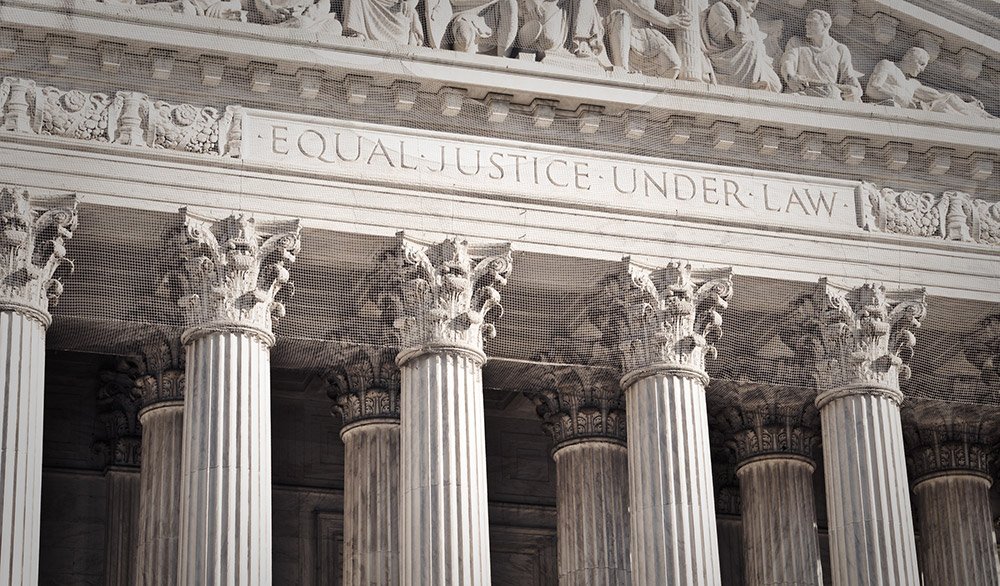 It is in large part because the state statute of Texas did not reflect the justice of God, the Supreme Court felt justified in ruling in favor of child sacrifice and the shedding of innocent blood.

Roe was issued in part precisely because Texas did NOT subject to prosecution the mother for murder and the abortionist would only get a slap on the wrist. In other words, the Supreme Court made this iniquitous decree based upon the fact that Texas desired the court to treat the baby in the womb as a person like you and me, but due to the fact there was no penalty for the woman committing homicide and the lightest possible penalty for the abortionist, American now has the blood of countless millions of children staining our guilty hands. As a result, God’s just judgment weighs heavily upon us.

This is from the Roe decision:

“There are other inconsistencies between Fourteenth Amendment status and the typical abortion statute. It has already been pointed out, n. 49, supra, that, in Texas, the woman is not a principal or an accomplice with respect to an abortion upon her. If the fetus is a person, why is the woman not a principal or an accomplice? Further, the penalty for criminal abortion specified by Art. 1195 is significantly less than the maximum penalty for murder prescribed by Art. 1257 of the Texas Penal Code. If the fetus is a person, may the penalties be different?”

The Court was making it clear. Don’t say the preborn child is a person and abortion is murder, if the woman is not culpable for prosecution. Until the church and the pro-life movement come into agreement with God on these self-evident truths, their motives may be well intentioned, but their worldview, faith, and the godly actions necessary to abolish abortion will be weighed in the balance and found wanting.

The Law is not Just Punitive in Nature, it is also a Teacher.

“Therefore the law was our tutor to bring us to Christ, that we might be justified by faith.”

Finally, what happens to a nation when the laws of men contradict or countermand the Law of God? First, they are no laws at all. So says 1800 years of recorded history in Western civilization. Divine law trumps human law.

Sir William Blackstone, who wrote Commentaries on the Laws of England was one of three human sources in history besides the Bible that our founding fathers quoted at length to bequeathed to us our American form of government. In fact, until recent times, one could not become a lawyer in America, unless one had a thorough knowledge of Blackstone’s works.

Blackstone taught there were two foundations for human law. He stated,

“Upon these two foundations, the law of nature (The eternal laws of good and evil that God has written on every human heart) and the law of revelation (The Holy Bible), depend all human laws; that is to say, no human laws should be suffered to contradict these.”

Besides this foundation for law, according to our own Constitution, courts cannot make law. That is reserved for the legislative branch of our government. Article one, section one of the Constitution clearly states,

“All legislative powers herein granted shall be vested in a Congress of the United States, which shall consist of a Senate and House of Representatives.”

This leaves no authority whatsoever for courts to make law. Roe vs. Wade has never and will never be the law of the land. It is the lie of the land, which has wiped out one/third of entire generation and counting.

What Has Roe vs. Wade Taught Us?

What has Roe vs. Wade taught Americans for over 46 years? Law does not have a moral basis rooted in God’s commandments. Law is based upon the fickle nature of fallible men and women. We cringe in horror when we consider Rome established in history paterfamilias and rightly so. Back then, children lived or died based upon the capricious whims of fathers. If the father thought the child was a weakling or did not want the responsibility to raise his children, he would give a thumbs down. Immediately, the child was rushed to the infanticide wall where either the elements or beasts would devour children. It was Christians who rescued them and raised them in the faith.

Thousands of years later, a tyrannical oligarchy called the Supreme Court transferred that unlawful authority to women. It is the woman who can now give a thumbs up or down, which will determine if children made in the image of God will live or die. And with a straight face, Americans believe this is the basis of law that should govern our nation. How deceived can a nation become?

What else has Roe taught our culture of death, which it established? If you have a problem you can’t handle, kill it. If you will not be responsible for your own actions, eliminate it. The root of the problem is not fornication, adultery, and other deviant sexual practices that need to stop. No, it the innocent baby in the womb that is the source of our woes. It is the children that need to be torn apart, their heads decapitated, and their precious bodies poisoned to empower women. It is therefore the duty of women to deny their motherly instincts to nurture and commit the unspeakable against their own flesh and blood.

Our nation has learned these lessons well. Vileness, coarseness, blasphemy, and lawlessness afflict our nation as women who commit this brutal act are considered victims. This website is dedicated to dispelling that myth and demonstrate the truth that has the power to set the captives free.

Most who view women as victims in abortion have never or rarely been to abortion clinics to minister the Gospel of the Kingdom. If they did, their opinion would probably change quickly. Please educate yourselves. Look at these videos, pictures, and pass this on to your family, churches, pro-life groups and your magistrates.

Lastly, there are women who have been true victims in abortion. God knows and so do those who consistently minister at the death camps. They are rare, but there are women who have been truly forced to commit this crime. Our homicide laws already take that into consideration when determining guilt or innocence. To end the American holocaust, however, we must reject the second victim ruse and demand equal justice and equal protection under the law. This is the main opening that keeps abortion legal and it must end now, if abortion will ever be abolished in Jesus’ name!